Four fresh ideas for the Future of Learning

How can research be translated into everyday solutions? How should the Future of Learning look like? A one-day workshop brought together members of five Jacobs Fellowships with different mindsets to work on creative answers.

A witty podcast called “Enough Parenting” which translates research about the first 1000 days of children into understandable and short episodes for parents. A chatbot helping new parents with their many questions anytime they want to ask – without any judgment. An app that supports inquiry-based learning developing children’s ability to ask questions and explore the world around them. A whole set of interventions to improve early childhood development and adapt the policy. Those were the business ideas on which fellows worked together during the one-day workshop at Swiss Week in Zurich. Eighteen Social Entrepreneurs, four journalists, as well as researchers, teachers and a policymaker put their heads together in this creative encounter.

The workshop on Monday, 19 August started with an inspiring talk from Research Fellow Nora Raschle about human brain development and learning. Janna Pahnke, a policymaker from the Learning Sciences Exchange Fellowship, presented which skills we should teach kids, and how to be ready for the unpredictable future.

The next steps were in the hands of Social Entrepreneurs Fellows who introduced a framework based on their experience at UC Berkeley on how to develop a business. The framework took the fellows through an extensive brainstorming session on the challenges for the Future of Learning based on the talks of the researchers as well as possible solutions.

In a democratic way, the four groups identified the solution they wanted to turn into a business project. Following the framework, they identified the value proposition as well as the DNA of the start-up and worked on a prototype, which they then presented to the other groups. „One of the best parts were the two feedback rounds. We presented our initial prototypes in front of other teams and received feedback. This was really energizing and the fast loops of iteration helped us to push our ideas much further!“ said Simon Widmer, Social Entrepreneurship Fellow. 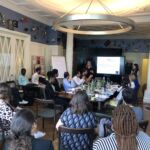 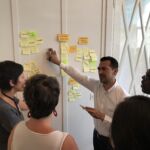 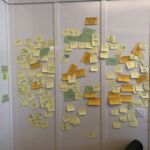 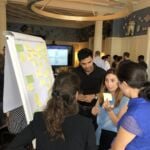 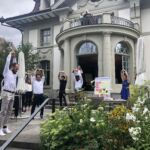 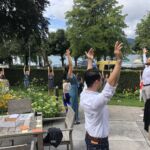 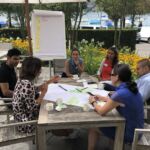 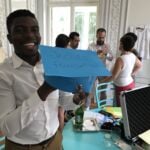 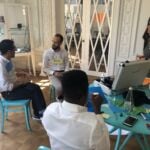 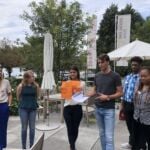 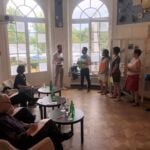 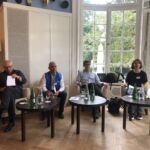 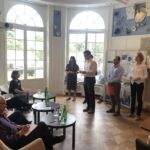 The highlight of the workshop was a pitching session in front of a jury consisting of experts from academia, practice as well as startup and foundation worlds. “I really liked the creative non-slide pitches! I never imagined they would be so original and engaging.” said Sehr Tejpar, also a Social Entrepreneurship Fellow. Indeed, fellows played their personas (a character personifying a typical user), ranging from a curious child to a minister of education

“It was impressive to see how far the groups got in defining their target groups and identifying their goals in only one day,” said Cristina Riesen, founder of WeArePlaylab and member of the jury. Jürg Schoch (Headmaster of the Unterstrass Highschool), Sandro Giuliani (Jacobs Foundation Board of Trustees Delegate), and Vinit Rishi  (Director of Administration of Oak Foundation) were the further members of the jury which provide valuable feedback to the four innovative proposals.

The workshop took place during the 2019 Swiss Week (17-21 August) which is an event organized through the Jacobs Foundation’s Network bringing together Fellows from different sectors and offering a space of interaction to connect with like-minded, committed, talented people interested in child and youth development.