“Remember What it Was Like when You Were a Teenager.” 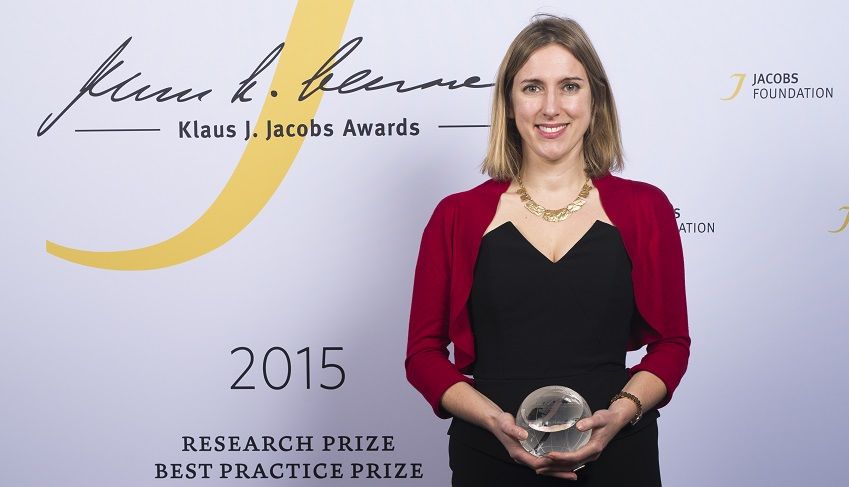 In an interview with the Jacobs Foundation, Blakemore explains the importance of why to remember the own teenage years.

How can the prize help you to further develop your research?
The prize will allow me to carry out research looking at whether it’s possible to train self control and social cognition, such as mentalizing (understanding other people’s minds), in adolescence. We will also look at how this affects adolescents’ understanding of other people and their tendency to take risks. The idea is that this might build up resilience in adolescence. One of the reasons I decided to work on these questions with the Jacobs Research Prize funding was to focus on research questions that perhaps lie outside conventional routes of funding, and might not normally get funded, but that might be very fruitful.

What do you recommend to parents, who have trouble with their teenagers?
I’m often asked this question, but I’m a neuroscientist and not a parenting expert! One thing I would recommend for parents is to learn a bit about how their teenager’s brain is changing. I work a lot with parents and teachers, and people often find it useful to understand how the brain is changing in adolescence, and how this might influence adolescent behaviour. Why is your teenager moody and self conscious? Why do they take risks when they’re with their friends that they would not take if they were on their own? One of the key questions parents ask is: why does their intelligent, well-educated teenage daughter or son make seemingly stupid decisions when they’re with their friends? It does not make sense in terms of their level of intelligence or education. But it does make sense in terms of what we know about how the brain is developing, and what is important for adolescents. It’s important for an adolescent to explore the environment, to take risks and to affiliate with peers, and gradually to become an independent adult. These behaviours are probably adaptive. A lot of teenagers go through this in their adolescent years, and I would have found it useful to know that this is normal and natural, and it’s part of the natural development of the brain

Does the development process of adolescents who have only one parent runs differently compared to those who have two parents?
There is not much known about this specific question in terms of neuroscience or experimental psychology, as far as I know. We know the environment plays a role in shaping the development of the brain, in childhood and in adolescence. There is evidence that different early environments can have an effect on the way the brain develops – for example, neglect in the early years influences brain development in childhood and adolescence. However, I don’t think anything is known about whether brain development is different in children who are brought up by one or two parents.

What are the three most important points parents should consider during adolescence of their children?
The brain is developing substantially during adolescence in many different ways, but in particular in brain regions that are involved in skills such as decision making and planning, stopping yourself taking risks, and self awareness. I think it is important to understand a little bit about this brain development and what a natural biological process it is, when you are thinking about your teenager’s behaviour. Secondly, circadian rhythms, that is the body clock, changes during puberty. After puberty, young people find it really hard to get up in the morning, and that is again a natural biological change, because the sleep-inducing hormone, melatonin, starts to be produced later at night after puberty than before puberty. Teenagers find it hard to sleep in the evening because their brain is not really asleep. They also therefore find it hard to wake up early in the morning. It is not because they’re lazy, or badly behaved. It’s due to a natural change, in terms of melatonin production.
And thirdly, I think it’s really important to remember your own teenage years. Remember what it was like when you were a teenager. It’s easy to forget that.