Noreen Huni, the founding Executive Director and CEO of the Non-Profit organization REPSSI (Regional Psychosocial Support Initiative) is working to ensure that mental and psychosocial wellbeing for girls, boys and youth becomes standard in East and Southern Africa.  REPSSI achieves this by facilitating the mainstreaming of psychosocial support (PSS) into services and programs for children and youth through partnering with civil society and government.

REPSSI focuses on the mental and psychosocial wellbeing of girls, boys, and youth, specifically their happiness, hope and dignity.
In situations of poverty, illness and violence, which are rampant in East and Southern Africa, support often focuses on material and physical needs instead of psychosocial support. But it is through psychosocial support that children and youth become more resilient, which is key for every child to achieve its full potential. Current REPSSI activities are committed towards adolescents and youth, where HIV burden is greatest. Since Early Childhood Development (ECD), however, is building the basis for future social and edcuational outcomes, REPSSI wants to facilitate mainstreaming psychosocial support into ECD programs. REPSSI operates five fully fledged offices in South Africa, Mozambique, Tanzania, Zambia and Zimbabwe, and it has a legal presence in a further eight countries.

Noreen Huni, the founding Executive Director and CEO of REPSSI receives one of ten 2018 Klaus J. Jacobs Awards for social innovation and engagement. With the award money of CHF 100,000 Noreen Huni plans to perform evidence-based advocacy for ECD and strengthening the ECD capacity in two countries where REPSSI currently works. 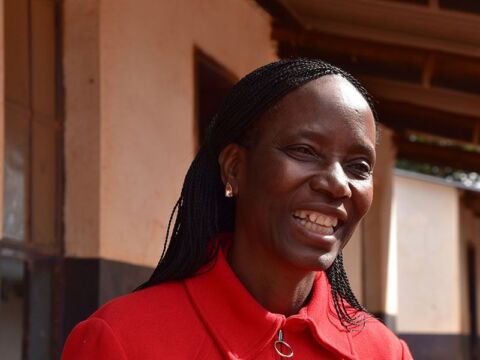 «Children are core to every society’s continued existence. »

REPSSI works on three different levels to achieve change and include psychosocial support in all programs: advocacy on the global, national, and regional level to have governments take action and integrate psychosocial support into social services, education policies and plans; generate evidence and knowledge about the importance of psychosocial support; and intervention programs such as the Teachers Diploma in Psychosocial Care, Support and Protection. This program has been piloted in Zambia, evaluated, shown to be effective and then adapted for other countries.