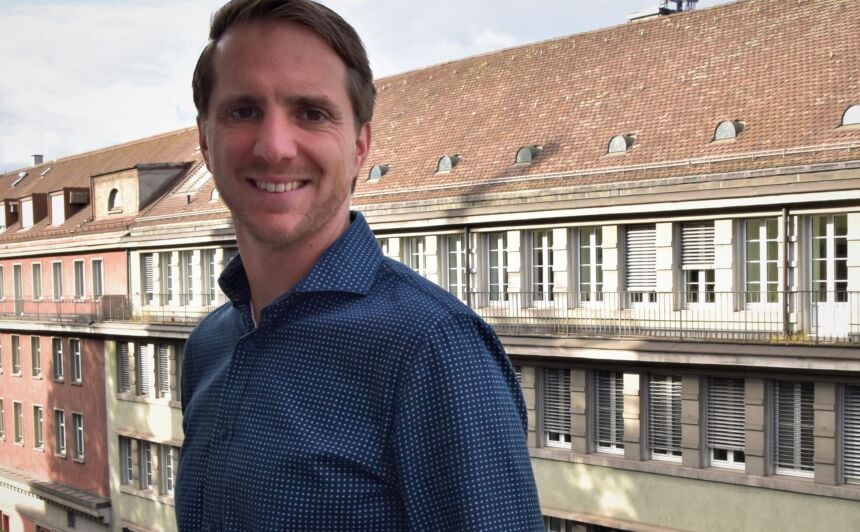 Dybuster was born out of a project you completed for your Master’s degree in Computer Science at the ETH Zürich. How does a computer scientist become interested in learning difficulties in children?

I was searching for a project to do for my Master’s Degree in 2005 and I approached Markus Gross, who was my Professor and ultimately became my co-founder. There were some other cool projects around, for example in animation, but they didn’t excite me.

Markus told me about a personal project for his dyslexic son. This was such a ‘relevant’ project I immediately jumped on to it. I developed the prototype and organized the first study with neuroscientists from the University of Zurich to show it works well for kids. I have been growing Dybuster tools ever since.

What is it that Dybuster does differently – both behind the scenes and what children see that helps them learn?

What’s really unique is the combination of neuroscience and computer science to produce something that can be used in everyday life. Neuroscience explains in theory, how you learn (maybe: how the brain learns), but not much of this knowledge is concretely used with kids in the classroom. We put neuroscience into practice.

The brain always learns by connection and there are a lot of connections you need to make to learn reading, writing, and math. For example, in writing and reading, the main connection is to get from the spoken word to the written word. That’s easy for proficient readers and writers, but it can be a huge struggle for some kids. In math, you have to connect the understanding of, let’s say, “3” as a cardinality to a number word and then to “it’s larger than zero but smaller than five”.

We help kids make connections through multisensory learning. What kids see is a playful interface that stimulates several senses, or several sensual cues, using colors and shapes and structures. For example, an animation shows “three” can be understood as three blocks or a position on the number line.  Animations are fun but they also help the brain connect these elements.

One of the key elements of Dybuster tools is that children cannot skip ahead to the next concept until they have mastered each skill level. Is this part of what inclusive schooling means to you?

In inclusive classrooms, you try to take every child along at his or her own speed, with teachers differentiating methods and materials to support individual learning. Applications support inclusive classrooms because they adapt to the individual needs of each child. Unlike in the classroom sometimes, children using our tools have to clearly demonstrate they have mastered each skill before they can move on. Staying at the same level may be a bit repetitive which is why we add gamification, like an animal park and companions, to keep kids engaged while we get them over learning hurdles.

And this is how the backend of Orthograph and Calcularis works. The intelligence knows which children have mastered which concepts, where they have difficulties, and where they need to jump back to repeat tasks and questions. The program supports students who need more practice, but also offers additional tasks for the ones who are outperforming. By offering the right thing at the right level to each kid, teachers can bring everybody along in an inclusive setting.

Does that mean teachers will eventually be replaced in the classroom?

No, not at all. Digitalization should support educators, not replace them. Applications free up teaching time, speed up precise diagnosis and really allow educators to teach to their strengths. A good example would be basic practice being guided by an application, by Calcularis for example, so the teacher has time to work with individual kids or with groups on collaborative projects.

Have you had one memorable experience you can share where Dybuster tools have totally changed someone’s life?

Yes! Time and time again. One of my favorite stories is about a study from 2006 we did with kids who were about 10 at the time. Then, three years ago, Markus, my Co-Founder and Professor, was approached by one of his new computer science students and she told him she was one of the girls in that very first study. She was motivated to study computer science after having worked with Orthograph and experienced first-hand the help she got from good computer applications.

Will we see education in the future become increasingly digitized?

I really think you have to be careful and clear about what you do digitally and what is still physical and analog in the classroom. While digitalization is an awesome development because it gives teachers so many possibilities to individualize and to do things they couldn’t otherwise do, educators shouldn’t rush in. For example, instead of asking “Should we go digital? “ a better question is  “What can be digitized, what should be done analog, and how do we bring these elements together?”

Some learning experiences support better outcomes when done in an analog way. One-on-one explanations tailored to a child by a good educator, I think, are better than the child receiving instructions from a computer. Collaborative projects can be supported by digital elements like file sharing but, at the end of the day, it is about learning how people work together.

We also invest a lot of time and research thinking about where there is additional value in digitalization. For a developer, it is tempting to be simplistic by digitizing how we work on a sheet of paper. But is there a better way to present, for example, ‘7 + 5’,  on the screen? Could we make it visually adaptive? The danger we see is that some people in the market take the fast route to make sales, which is why the boost from the Klaus J. Jacobs Best Practice Prize is so very helpful.

How will you put the Klaus J. Jacobs Best Practice Prize to use?

The Prize will mean we can swing more effort into further developing the Orthograph and Calcularis tools.

With Orthograph, we want to add an introduction of letter-sound correspondence training leading up to writing. So this will start with kindergarten, 1st and 2nd grade, expanding on our current target grades.  We aim to have a pilot in March 2021, with a launch in summer.

For Calcularis, we want to go broader in the concepts we currently offer by adding, for example, units of teaching time and some units of measurement.