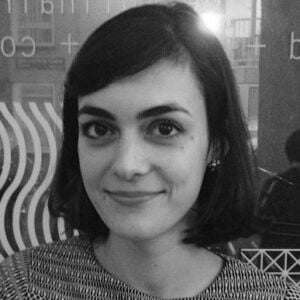 Jessica Hamzelou is a reporter at New Scientist, a weekly international science magazine. She specialises in biomedicine, covering fertility, genetics, neuroscience and everything in between. In the name of science journalism, Jessica has sequenced her microbiome, taught herself to lucid dream, induced panic attacks, and seen her own eggs on a screen. Jessica has been awarded journalism fellowships by Harvard Medical School and the Massachusetts Institute of Technology. She recently received a “30 under 30” award as a “journalist to watch”, and has been shortlisted for awards by the Association of British Science Writers and the Medical Journalists’ Association. Her other achievements include performing at London’s Notting Hill Carnival in the pouring rain, and being a member of the Snooty Fox pub’s champion quiz team.