Royal Visit to the Jacobs Haus 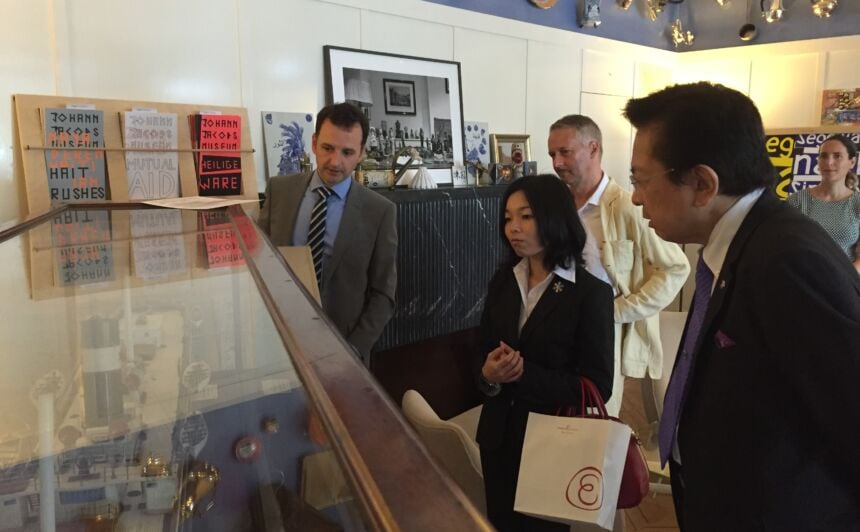 Japan’s Princess Akiko of Mikasa visits the Johann Jacobs Museum at the Jacobs Haus. Princess Akiko is an art historian whose research focuses on the connections between Japanese and Western art and how Japanese art is presented in Western museums.

The visit reflects her appreciation of the Johann Jacobs Museum’s experimental approach, which represents a departure from the museums of the 19th century, with their emphasis on the nation-state, in favor of new ways of highlighting global interrelationships. One example is a planned exhibition on sugar and the Pacific, which includes numerous Japanese loans and is scheduled to open in early 2018.