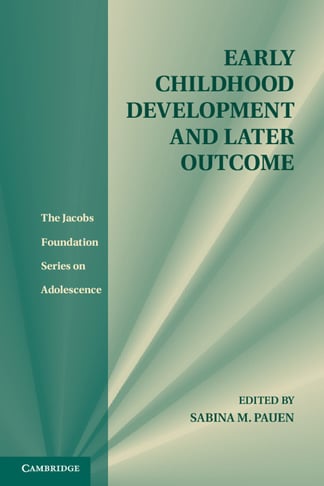 Over the span of less than a century, theories of infant cognition have radically transformed. Once considered unintelligent, infants are now described as partners in their own development. Modern research analyzes the ways in which cognitive and social skills developed early in life help to shape intelligence, personality, and achievement over time. In Early Childhood Development and Later Outcome, editors Sabina Pauen and Marc Bornstein have compiled essays by international experts reflecting the state of infant cognition studies and developmental psychology. These essays present cutting-edge research on a broad range of topics of relevance to scientists, teachers, and policy-makers alike. Early Childhood Development and Later Outcome addresses current research on skill formation as well as longitudinal studies tracing achievement beyond childhood. Pauen and Bornstein point the way towards approaches that will deepen our understanding of infant cognition and the profound consequences of early childhood development for future achievement.