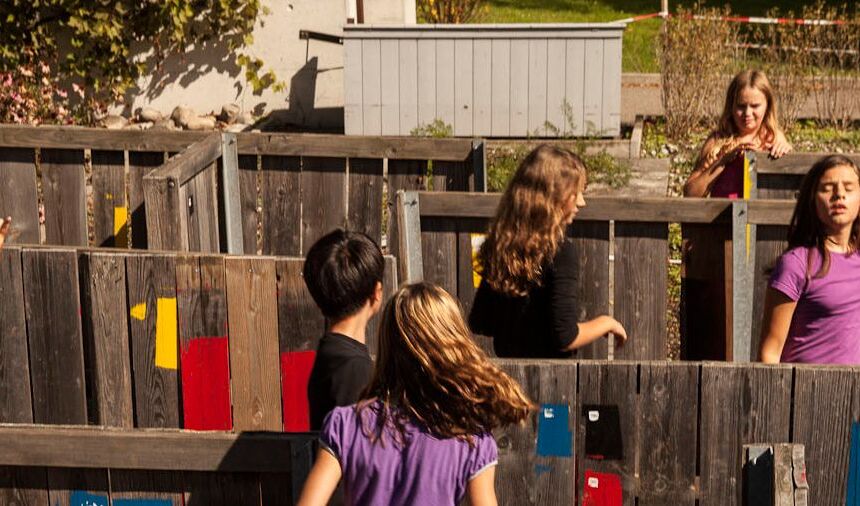 In their free time, Swiss primary school children prefer to engage in active play, and they enjoy participating in sports – this is the conclusion reached by the MIKE study, which was conducted by the ZHAW School of Management and Law. Moreover, they are more likely to listen to music, watch television or read than to surf the Web. Of particular concern to parents are pornographic or violent content on the internet.

Despite smartphones, tablets and similar devices, children enjoy active play and participating in sports, according to the first MIKE study. MIKE (the acronym comes from the German words for media, interaction, children and parents) explores how children in Switzerland use the media. With the help of support from the Jacobs Foundation, the ZHAW School of Management and Law in Zurich conducted a survey of more than 1,000 children between the ages of 6 and 13, as well as 650 parents, in Switzerland’s three major language regions. The MIKE study is an offshoot of the ZHAW’s JAMES study, which looks at media use among young people aged 12–19.

Children like to watch television and listen to music
Even in the age of the internet, watching television and listening to music are the most common media-based activities of Swiss children. At least once a week, 80 percent of children listen to music or watch TV. Next in popularity are reading books (70 percent do so once a week or more) and gaming (61 percent). What children do every day plays a particularly important role in their lives. “Listening to music, watching television and reading books are the most common activities of Swiss children. The “touchscreen generation” is still more myth than reality,” says Daniel Süss, researcher and professor of media psychology at the ZHAW. Nearly 50 percent of children listen to music almost every day, and 42 percent watch TV every day, for an average of 45 minutes. Thirty-seven percent of children read for about half an hour every day, while one-quarter spend the same amount of time gaming.

The most common non-media-based activities are active play and sports
Active play and sports are the most popular activities for children between the ages of 6 and 13 – ranking above media-based activities like watching TV, gaming, reading and music – and they are also the activities engaged in most often. In their leisure time, 89 percent of children play actively at least once a week, either indoors or outdoors, while 79 percent participate in sports and approximately the same percentage get together with friends or take part in a family activity. The most common activity, however, is homework. Nearly all of the children do homework at least once or several times per week, and four out of five do so every day. “The MIKE study has shown that Swiss children do not fit the stereotype of a generation that no longer engages in active leisure-time activities, but instead spends the entire day sitting in front of the television set or typing on a smartphone. This is good news. However, children’s everyday lives are increasingly shaped by media use. Media competence is therefore a topic that should be on everyone’s agenda – this includes families and schools, and of course policymakers,” says Simon Sommer, head of research at the Jacobs Foundation.

Digital media play a more important role later
As children grow older, their use of digital media changes substantially. Toward the end of primary school, children surf the Web, use smartphones, take photos and engage in gaming more frequently. This trend intensifies during adolescence.

Parents’ concerns
Nearly 75 percent of the parents surveyed expressed concern about their children’s media consumption –
and particularly about pornographic or violent content on the internet. However, television is a more common source of negative experiences for primary-school children. Sixty percent of children report that they have been frightened at least once by something they have seen on TV; only 30 percent say the same about online content. Overall, however, children’s experiences with media content are more positive than negative; 93 percent report seeing things on television that have made them feel happy. Parents are uncertain about their proper role. They worry about the potential social and emotional effects of their children’s media consumption, as well as about the amount of time children spend on media-related activities and the danger of addiction.

Electronic devices are rarely found in children’s bedrooms
Smartphones, computers with internet access and televisions are a standard feature of most Swiss households with children. Far fewer such devices are found in children’s bedrooms, however. Most common are devices for listening to music, such as CD players, radios and MP3 players; these are found in 41 percent of children’s rooms. Fifty-two percent of children have a mobile phone. While many don’t use it on a regular basis, it remains the top device in terms of popularity. Television ranks second, followed by books and the internet. Many children are fascinated by smartphones; 13 percent use them at least once a week, even when they should be sleeping. Among those over age 10, this share increases to more than one-fifth.

Are parents setting rules?
One-third of children who have their own mobile phones report that there are no rules about using them at night. Only half as many parents say the same. Nearly all parents report that they set and enforce rules about the amount of time their children are allowed to spend using media, as well as when they can do so and what content they are permitted to access. But not all children agree. According to Süss, rules that parents fail to enforce consistently are not perceived by children to be rules at all, and that fact accounts for the gap between parents’ and children’s perceptions. It may also be that parents who set rules are more likely to have participated in the survey.

Parents as role models
Three out of four of the parents surveyed read a book, magazine or comic book or watch television with their children at least once a week. Very few join their children in gaming, however, which they see as a bad influence. On the other hand, they have a favorable opinion of books and music. “When it comes to media use, parents are role models,” says Süss. “This is something they need to be aware of.”