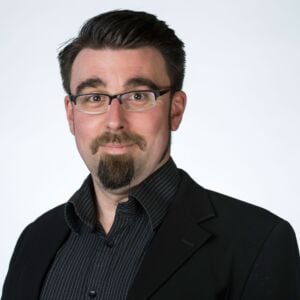 Research focus
Originally trained in psychology, Markus Werkle-Bergner’s main field of research can be described as developmental cognitive neuroscience. Basically, he is interested in how maturational mechanisms in conjunction with personal experiences (e.g., learning, social environment) interactively shape the highly individual profile of cognitive abilities and potentials in each single person. Towards this goal, his research combines cutting-edge neuroscience methods with innovative experimental designs, including intervention studies, to uncover the neural and cognitive foundations of attention, learning, and memory from early childhood to old age.

What have I achieved during my fellowship?
During my fellowship period, I launched a large-scale longitudinal study on the differential development of episodic memory component processes and their dependence on hippocampal maturation. In addition, I successfully established myself as an expert on lifespan age-differences in sleep-dependent memory consolidation with an emphasis on advanced methods for detecting them. Furthermore, I shifted the focus of my research group towards understanding age-differences in memory engrams and we improved techniques for detecting them non-invasively. Most crucially, the Jacobs Fellowship allowed me to establish a solid international network of colleagues interested in pushing developmental cognitive neuroscience forward. And last-but-not-least, the fellowship period increased my awareness for the necessity and added value of interactions with media and the general public to raise awareness for the need for a proper science of learning. Although still far from perfect, I learned a lot about how to disseminate research findings properly to a non-scientific audience.

My plans for the future
For the next 3-5 years, I plan to establish a novel line of research that aims at translating research on memory engrams typically done in mice to non-invasive paradigms in infants and young children. This work is done in collaboration with Tomás Ryan and involves the building of a novel fully emersive and controllable virtual reality environment for simultaneous behavioral tracking and EEG assessment. The lab will be integrated in the “Max Planck Dahlem Campus on Cognition”, a novel research facility for cognitive neuroscience. I am involved in the planning of its organization and management. Furthermore, I am actively involved in two initiatives to establish a DFG-funded collaborative research groups (Forschergruppe) and a collaborative research center (Sonderforschungsbereich), on “Training of Executive Functions” and “Cognitive and Neural Representations”, respective