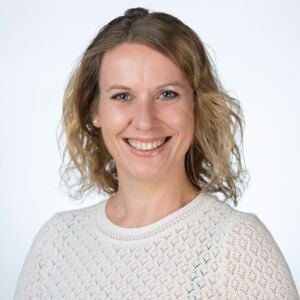 What have I achieved during my fellowship?
There are two main achievements realized through the support by the Jacobs Foundation Fellowship during this period. First, I met my goal to successfully transfer from basic academic research to a professional position that allows me to significantly contribute to translation of genomic information into benefits for the society. I am truly grateful to the Jacobs Foundation for offering me crucial help during the transition period. This granted me a possibility and freedom to pursue my interest to acquire complimentary expertise in aspects related to ethical, legal and societal issues of human genomics – a field currently sparsely covered but increasing needed in the context of nation-wide genomics initiatives.

Second, we have set up a prototype platform in the Estonian population biobank to identify citizens who are affected by genetic variants with strong effect on neurodevelopment (ND-CNVs) and to provide them counseling tailored to their individual needs. Studies in various countries have demonstrated that approximately 1% of general population carry a ND-CNV that cumulatively explain a substantial portion of population variance in education attainment, are associated with lower socio-economic status and a complex set of clinical outcomes, particularly those affecting mental health. The field of genomic medicine is currently burgeoning with increasing number of countries introducing their nation-wide initiatives of genomic medicine. However, these initiatives focus on genetic risk predictions for cancers, rare monogenic diseases and polygenic risks for common diseases and traits. The complex nature and delicate subject of neurodevelopmental genetics have so far hampered application of personalized support to individuals at high genetic risk for neurodevelopmental difficulties. To avoid exclusion of a significant (often the most vulnerable) sub-population of individuals and diminish inequality in risk areas where vulnerability may be increased by current practices in genetics-driven developmental and health support, we aimed to come up with a model framework for screening and assisting individuals with incidental ND findings in the population-based initiatives of genomic medicine.

My plans for the future
My main future plans include following up the above-mentioned achievements.

First, I will use my acquired professional platform to work towards responsible use of genomic data for widespread public benefits and equality in genetically-informed health and social support.

Second, we will put in practice the established framework for routine re-contact and counselling of ND-CNV carriers (estimated 100 individuals/year). We will continuously collect developmental and health data, as well as information on at-risk individuals’ experience and the impact of genetic finding on their health and social support. We aim to establish a comprehensive database for further studies, and further adjust the protocol to produce maximal benefits and respect the ND-CNV carriers’ expectations.