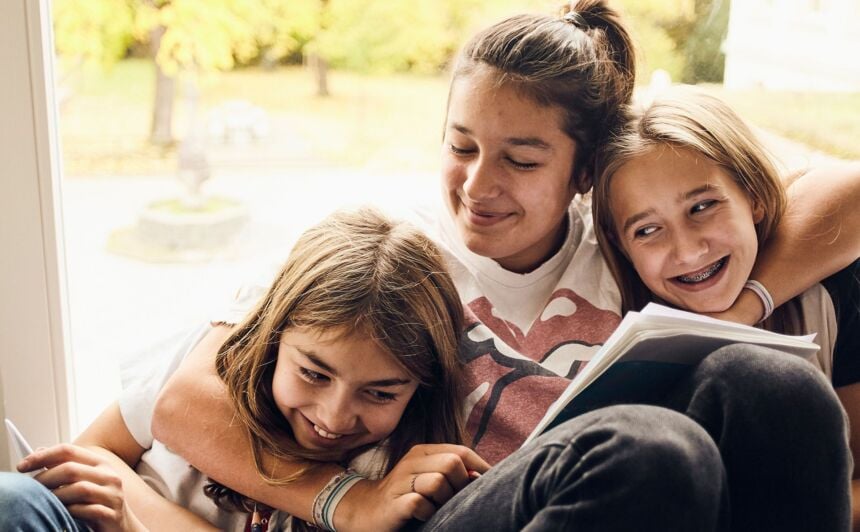 Children’s Worlds (ISCWeB, funded by the Jacobs Foundation), completed the third wave of their international survey, asking over 128,000 children in 35 countries worldwide about their lives. This unique project strives to understand and promote children’s own views and experiences of their lives and well-being; and encourage policymakers and all those concerned with children’s well-being, to take account and act to improve children’s experiences of childhood.

Questions ranged from general life satisfaction and well-being, to specific living conditions, internet access and feeling safe in their environments, among many other aspects. The survey provides a unique contemporary view of children’s lives in a wide range of countries in terms of economic wealth, geography and culture.

Children aged eight, 10 and 12 years of age participated in this third wave. In most countries, mean scores decreased as children grew older, so that eight year-olds rated their overall well-being higher than did the 10 year-olds, and ten year-olds rated their overall well-being higher than the 12 year-olds. Their evaluation regarding the specific aspects, such as satisfaction with family life, neighborhood and school, also tended to become less positive as they grew older.

“We are delighted to see the results of this important international study from 35 countries and to get a better understanding of children’s lives from their own perspectives”, says Simon Sommer, Co-CEO of Jacobs Foundation.

“We believe that all children should have equitable opportunities to reach their learning potential and fulfill their aspirations. In supporting innovative research projects like this we promote the generation of critical data needed to improve children’s lives.”

In the category of material circumstances children were asked how often they worry about family money. In eight of the 35 countries, including Russia, Norway and France, more than half ‘never’ worried about family money. Italy, Spain and Greece had the highest levels of worry in the European countries, noteworthy given the lasting impact of recent global recession on these three countries.

95% of children have clothes and shoes

One of the parameters used was material circumstances: children reported to what extent they had, among others, clothes and shoes in good condition, pocket money and mobile phones. Varying data emerged with a range of similar scores in different countries, regardless of their economic wealth.

In most countries at least 95% of children have clothes and shoes in good condition. However, high income countries such as Belgium and Israel, displayed significantly lower scores than countries ranking much lower in economic wealth, such as Nepal and Indonesia.

Pocket money, potentially important to children’s subjective well-being as it allows them a sense of autonomy, also showed varied data with a range of situations in different countries unrelated to income level. South Africa, Chile and Algeria scored only slightly higher than Nepal and in the same range as UK, which was much higher than Spain and Italy, who were among the lower scores overall.  This may reflect differences in culture and parents’ approach rather than purely financial consideration.

Mobile phones are key to information access and social inclusion, hence to children’s well-being. Here again, very different access rates in similarly economic ranking countries point to the existence of cultural norms and parental choices. For instance: Norway, Finland, Croatia and Estonia scored highest at 95% and above; France and Switzerland scored in the range of 50% along with Namibia.

In many countries girls reported higher levels of sadness than boys, but they also tended to be more positive about school than boys. Girls said they felt slightly safer at school than boys, while boys felt safer in their neighborhoods. In other aspects a mixed picture emerged: in some countries, for instance, girls were happier with their family life, while in others it was the boys. When it came to satisfaction with their life as a whole, there was no clear and consistent difference between boys and girls.

Findings show that most 10-year-olds, of 50,000 surveyed, have a positive sense of well-being, with the top six countries all in southern Europe, the bottom eight in Asia. Position of countries does not seem to reflect their economic wealth, with many instances of higher averages in less economically advanced countries and lower averages in the considerably wealthier.

There remains much to be learned, and the Children’s Worlds project may already be in the process of exploring within-country differences in children’s experience of life depending on their level of access to material items.

Summary of the Report