CELLA – the center for learning and living with AI 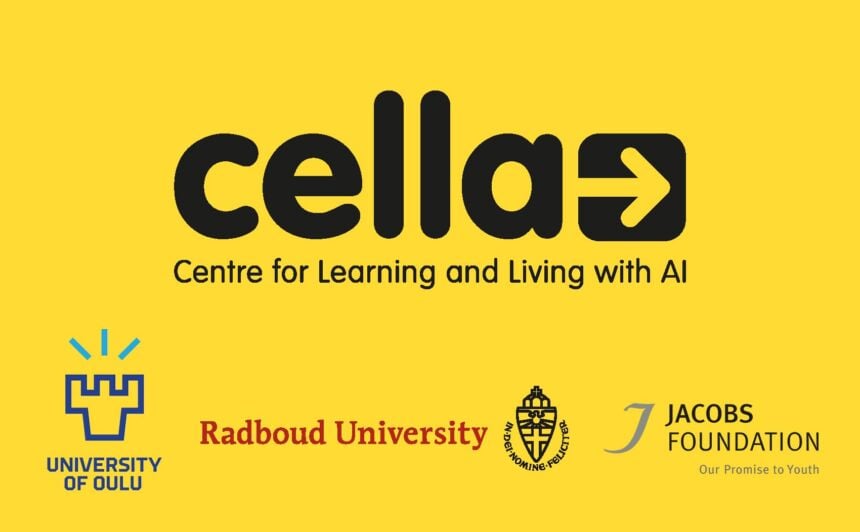 The Jacobs Foundation has awarded a grant of CHF 2 million to Professors Sanna Järvelä and Inge Molenaar at the University of Oulu, Finland, and Radboud University, the Netherlands, to set up a global collaborative research center – Center for Learning and Living with AI (CELLA) – to equip young learners to learn, live, and work in the age of artificial intelligence (AI).

The use of AI-driven learning technologies is becoming common practice in the daily lives of children at school, with a staggering $20.1 billion raised for the EdTech industry in 2021, and it influences their learning. Due to the lack of large-scale research as well as the wide variety of available technologies, its influence is not always clear. A combination of technical and pedagogical innovation in schools is needed to ensure a positive impact on pupils.

CELLA researchers will engage in co-creation with secondary schools and EdTech entrepreneurs around the globe to support the development of intelligent learning technologies, such as online adaptive systems and game-based learning with virtual reality (known as VR) and augmented reality (AR).

The CELLA center will also collaborate with the Connecting the EdTech Research EcoSystem (CERES) research facility at the University of California Irvine (UCI) in the United States – a sister network supported by the Jacobs Foundation to push forward an evidence-based development of technology use in education.