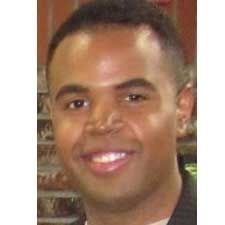 Rob Carpenter is a polyglot, the author of the forthcoming book “The 48 Laws of Happiness,” and has been a professor, startup entrepreneur, creative executive and entertainer. He currently directs the Emmy Award winning USC Media Institute for Social Change, and has worked on shows like Scandal, NCIS, Ballers, Lethal Weapon, and more. He passed a $40 billion transportation ballot measure in Los Angeles, and at 24 was appointed by the Mayor as the youngest Commissioner of Transportation in history. Carpenter previously sold a startup, volunteer-taught K-12 students in South Central LA and the Middle East, and released a celebrity-backed limited-edition fashion line benefiting humanitarian projects around the world. He is an active writer, producer, comedian, and actor in Hollywood, and is a leading millennial expert on entertainment education. He received his BA from Claremont McKenna College, MA from Northwestern University, and is finishing his doctorate at the University of Southern California.