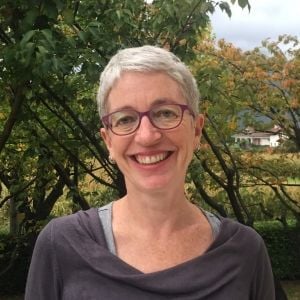 Vittoria holds a BSc Hons in Clinical Psychology from Cardiff University (UK) and an MA in Migration Studies from Cà Foscari University in Venice (Italy). She has worked in the field of education for over twenty years as a teacher, educator, trainer, coordinator and project manager in the public, private and non-profit sectors.

After spending four years in Central America working for local NGOs as a teacher and educator, she co-founded a NPO in Ivrea (Italy) in 1999 and developed a progressive educational centre, Villa Girelli, based on the pedagogical and cultural heritage of the Olivetti company. The centre has a toy library, two creches and a kindergarten, summer camps and workshops for children and their families.

In 2015 Vittoria was called to head the research and development department of a consortium of non-profit organisations and has worked as a project manager and fundraiser ever since. Her main focus at the moment are fighting educational poverty through the implementation of innovative educational and care systems for children under six and their families. She is currently running two programs aimed at reducing childhood poverty, one at regional and one at national level, with major grants from the social enterprise “Con i bambini”.

A Senior International Fellow of the Center for Philanthropy and Civil Society at the Graduate School of the City University of New York in 2018, Vittoria was, from 2015 to 2019, the first President and Chair of the Board of the community foundation of Canavese, a community philanthropy organisation that has mobilised local resources to implement social welfare programs for vulnerable sections of her community.